Japan Marine Science Inc. (JMS) is participating in the Designing the Future of Full Autonomous Ship Project (hereinafter referred to as the DFFAS Project) * as project leader company. Comprising 22 domestic Japanese companies with NYK and NYK Group companies, the project has been decided to be sponsored by the Joint Technological Development Programme for the Demonstration of Unmanned Ships** under the administration of the Nippon Foundation. With the support of the foundation, the DFFAS Project will aim to conduct the world's first successful crewless maritime autonomous surface ship demonstration trial in order to advance the practical use of crewless maritime autonomous surface ships by 2025.

Outline of the DFFAS Project 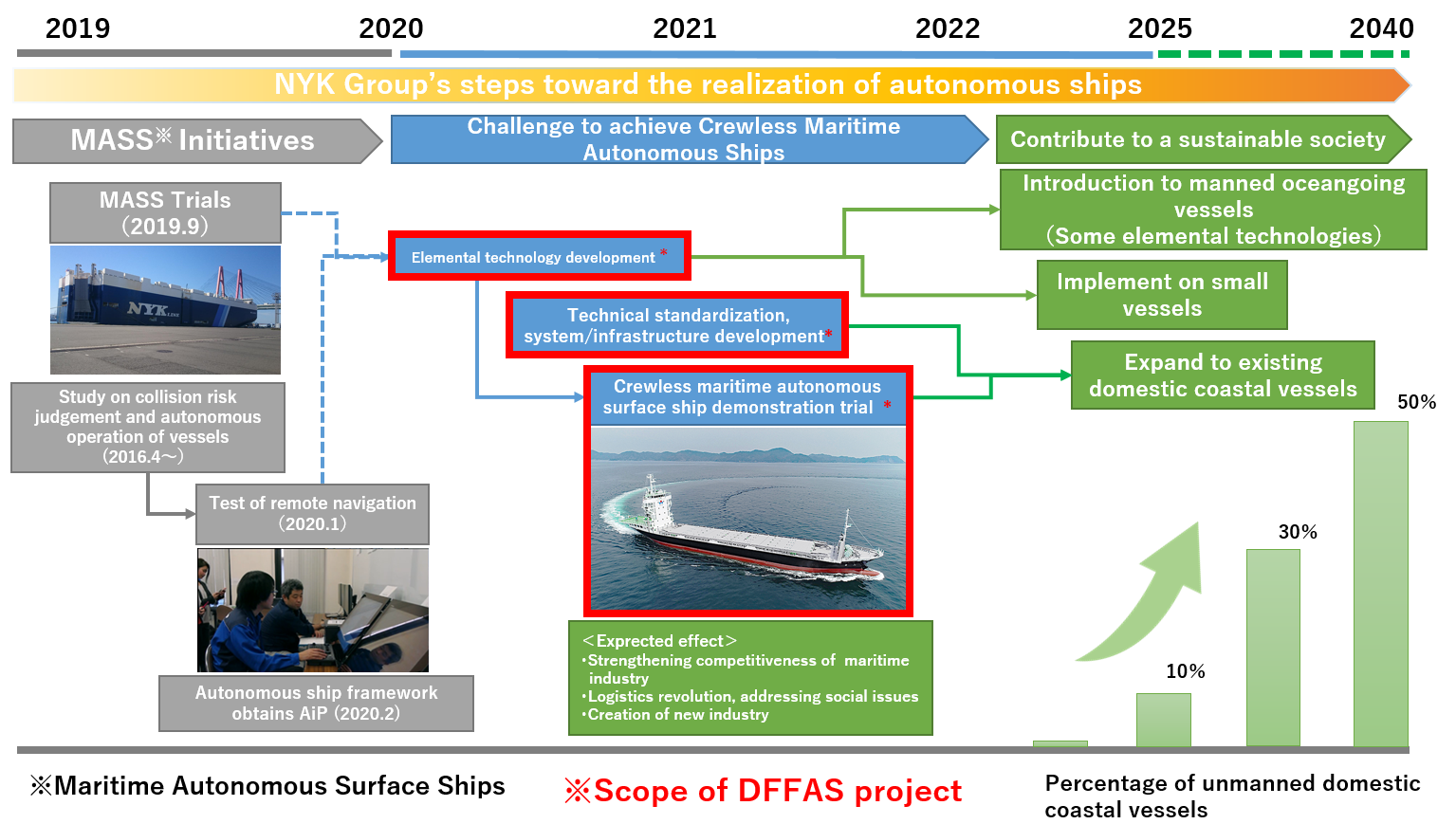 The DFFAS project has the following characteristics under the concept of "creating the future of crewless maritime autonomous surface ships — a grand design devised by various experts.”

a)    A project structure that values the concept of open collaboration among 22 domestic companies that are responsible for creating the future of the Japanese shipping industry, cooperating together with various domestic and foreign experts.

b)    Development and demonstration of comprehensive system functions required for crewless maritime autonomous surface ships including remote operation in case of an emergency, automation of berthing/unberthing, operations in accordance with the approved route plan and action plan, and the monitoring of support functions from the fleet operation center (including ship-shore data communication system).

* Companies participating in the DFFAS project

The DFFAS project will consider adding new participants as needed.

** A subsidization scheme to cultivate further momentum for technological development in the field of crewless maritime autonomous surface ships, promoting changes in logistics, economies, and social infrastructure in Japan, and supporting such technological development through the success of the world's first crewless autonomous operation trials by domestic coastal vessels.

Please feel free to contact us at the following about the contents of the business.